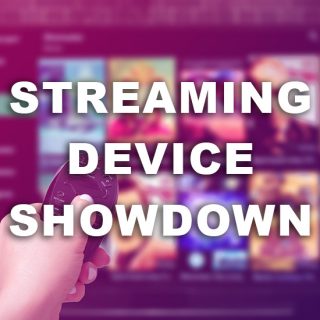 Streaming devices have become ubiquitous in almost every household. Smart TVs are the norm, and inexpensive streaming appliances can be bought easily for under $30 from the likes of Google, Roku, and Amazon.

But as consumers have become accustomed to viewing more and more films and television from the comfort of their living rooms, many have begun upgrading their home entertainment systems to improve the experience. Larger, sharper 4K screens have replaced aging 1080p TVs. Many of these new TVs offer HDR (High Dynamic Range Color), faster screen refresh rates, and add-on sound systems cable of Dolby Atmos audio.

The competition between the streaming platforms has been heating up as well. While Netflix, Disney Plus, and others compete to offer the most compelling content, they also compete on the technology front by providing sharp 4K streams, HDR, and theater-quality sound. This is where your streaming device comes into play and can be the difference between getting the most out of the streaming service, your new TV, and your surround sound system or wasting all of that potential and money.

So here are some things you’ll want to consider when shopping for a new streaming device.

Bonus features to look for:

Streaming services are here to stay, and with fast internet (from the likes of VNET Fiber) with which to deliver digital entertainment into your living room, the time to upgrade your streaming device has never been more necessary.

If you've never heard of VNET, let's get you up to speed. We began in 1990 as an IT services provider (SOFTEK) and later revolutionized the region’s internet offerings with the launch of Velocity.Net (ISP) in 1996. Since then, we have grown to become the region’s leading internet, business technology, and voice service provider. Today we are expanding our commitment to the community by investing in a next generation fiber optic network - designed to deliver world class speeds and services, but with local service and support to homes and business throughout Erie County.
Categories:Article, Healthy Connections

Old Tech Is Not Just Slowing You Down

By Velocity Network in VNET TechTip