Search
MSP & Cybersecurity Experts: Erie, PA - Velocity Network > Blog > What is 5G and How Does It Impact You?

What is 5G and How Does It Impact You?

What is 5G and How Does It Impact You? 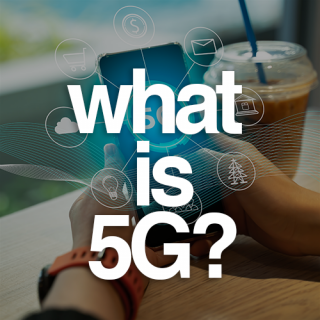 5G is the fifth generation telecommunications technology standard for internet-based cellular networks. 5G technology delivers increased internet speeds of up to 10 gigabits per second versus one gigabit per second speeds of 4G. That’s 10 to x100 faster, depending on the use case. Separating itself even further from previous cellular network generation, it promises to deliver low latency communications, the likes of which we’ve never seen in wireless networks. Enhanced network capacity could improve IoT (Internet of Things) devices in cities that need faster communications between thousands of devices all at once. Think AI driven traffic safety equipment, smart cameras, and self-driving cars, to name just a few. But let’s not get ahead of ourselves.

How does it work?

5G, like other wireless technologies, is able to offer increased speeds due to the shorter radio waves produced by the local antenna. Consequently, the range on 5G is much shorter than that of the 4G wireless radio waves. More cell radios are required to be installed throughout an area to make up for the lack of range of 5G. Many times you can spot these mounted on the tops of utility poles in the city.

A feature of 5G and past broadband cellular networks is that it can operate on up to three frequency bands: low-band, medium-band, and mmWave (millimeter wave; which is the fastest.) These multiple bands allow for 5G service to reach more areas, but you might be sacrificing download speed, distance (coverage), or service area depending on where you are located geographically.

A particular red and black national cell carrier claims to offer 5G coverage over much of the US. What they fail to talk about is that 5G rides on top of 4G networks. In most cases around the country, the signal that your 5G phone is connected to is not the one that provides faster speeds. It would instead be the low-band or medium-band we mentioned above. In many cases, it’s better to disable 5G as it can be slower than a good 4G connection.

Is it the right time to invest in 5G?

If you were to buy a new phone today, and you plan on keeping it for at least a few years, then I’d consider choosing one that is 5G compliant. The flagship models of almost every brand of phone are 5G compliant at this point. If it’s not in your budget, it will be a few years before carriers deliver on the full promise of 5G in our area, and maybe even by then they will be onto something else (like 6G for instance). For home network use, 5G isn’t here to serve that kind of capacity, and it likely never will be. VNET Fiber is rapidly expanding in 2021, and it’s the best option for high-speed internet for your home.

If you've never heard of VNET, let's get you up to speed. We began in 1990 as an IT services provider (SOFTEK) and later revolutionized the region’s internet offerings with the launch of Velocity.Net (ISP) in 1996. Since then, we have grown to become the region’s leading internet, business technology, and voice service provider. Today we are expanding our commitment to the community by investing in a next generation fiber optic network - designed to deliver world class speeds and services, but with local service and support to homes and business throughout Erie County.
Categories:Technology Now

Old Tech Is Not Just Slowing You Down

By Velocity Network in VNET TechTip